July 22-24th this year, Mac’s Gunworks (Gillette), Bliss Ranch (on the border north of Gillette), and Extremunition (Wyoming produced ammo) and others sponsored the event while Bliss Ranch hosted the event. This keeps in Wyoming the essence of the International Tactical Rifle Championship which has moved to Gunsite in Arizona from it’s previous home of two years on the Bliss Ranch. Over 160 metal reactive targets remain on the Bliss Ranch and will be reconfigured for next year and the Second Annual WTRC to be held July 27-29th, 2012. A very concise description of the rules and regulations are at www.macsgunworks.com and reviews of shooters having played our “sniper golf” tournament are located at the snipershide forum.
http://www.snipershide.com/forum/ubbthreads.php?ubb=showflat&Number=2703932

Entry fees are 300 dollars per team member consisting of a rifle shooter and a carbine shooter. Both shooters carry pistols, pistol targets are mixed in throughout the range and count toward or against (with a miss) your final score so brush up on your pistol before you play this game. Pistol targets are out to 50 yards, carbine out to 500 and rifle out to 1000 yards. 300 Win mag is maximum caliber allowed on course. No armor piercing bullets allowed. Winnings were significant with first place team taking well over 6 thousand dollars worth of cash and prizes. 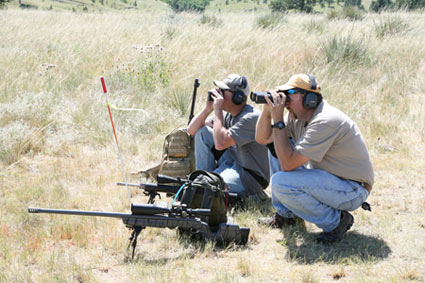 Think of the Wyoming Tactical Rifle Championship as a really hard game of Sniper Golf.  You have a shooting station (tee) , a carbine and rifle team (each with pistol work to do too), you try to hit a 10 inch square from 50 to 1000 yards, and you “green” are the group of targets from 1 to 8 in number per “hole”.

While one shooter ranges (laser ranges) the targets), the other shooter zooms in (or looks up to see what is going click, click, click and is not an empty handgun). 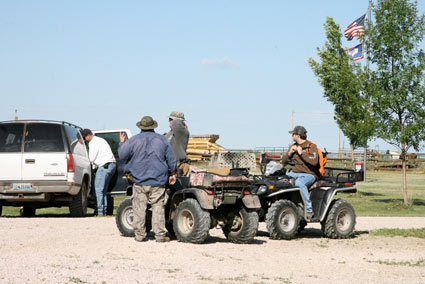 The range officers converge at the headquarters yard ready to go out with a team.

This is a shooters meeting to go over the rules of engagement before the Team on Team competition the last day of the tournament.

This was a good turn out considering we only had 90 days to organize the event. 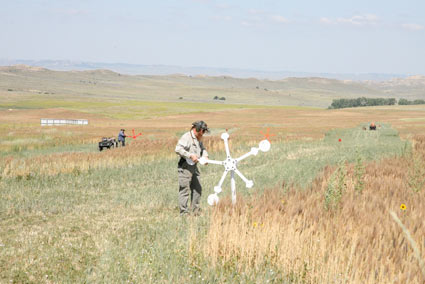 We had several short 700 yard courses of fire for the team on team event.  It will be MUCH bigger next year.

Group on up to the line for the egg shoot (a 3 inch target at 400 yards) which is a one shot at a time competition. 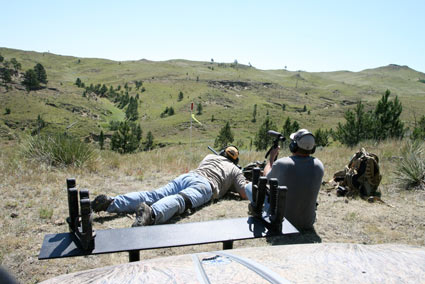 Can you even see any 10 inch metal plates at normal magnification??? 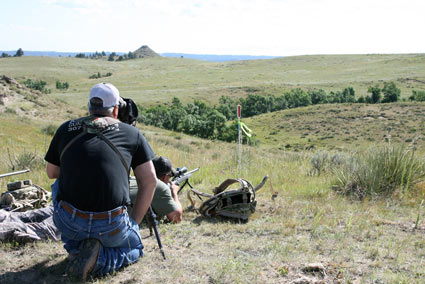 How about here, any targets? 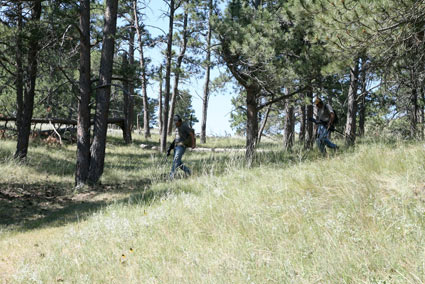 The 1/3 mile walk to the beginning of course three is through very scenic country.  We are not just a ranch covered in grass.   There are easily over 10,000 trees here too. 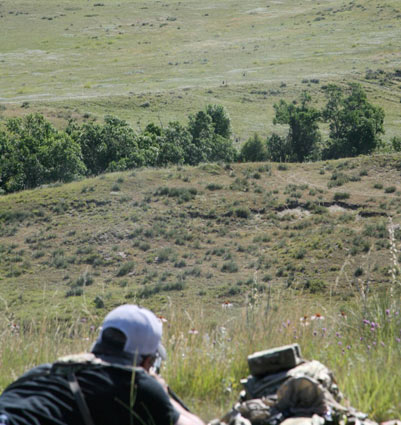 Here is a telephoto shot looking over the shooters shoulders at some targets starting over 200 yards and ending out past 600 yards.   This is an easy station though. Did you notice the targets on the ridge line IN FRONT OF the trees? 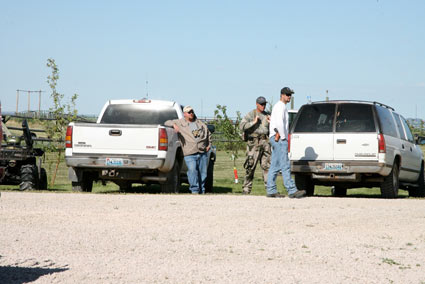 Everybody is pretty seriously prepared with gear for this game.

Ditto.  I all had a great time and this event will grow like a snowball thrown off Everest on a warm day.  Stay tuned.

Contributors/Organizers/Helpers and a BIG THANK YOU TO:

If I missed any, I apologize and will fix this as soon as I know about it.